I remember my first visit to Villa Maria School in Stamford, Connecticut so clearly. After all, it’s not every day that a nun gives you a poker chip. And not every nun is the spiritual coach of the New York Giants (who are in desperate need of such a person these days). Sister Carol Ann not only gave my husband the poker chip, but her brief and cogent presentation helped me understand what dyslexia is like for the students at Villa and elsewhere. We never ended up sending our son there, because dyslexia was not an issue of his, so we moved on in our search for the appropriate school environment for him.

Independent schools cannot survive unless they have a clear view of who their student is.

Many families ask us about schools. We aren’t educational consultants and we are relatively removed from the placement process but very often parents are just looking for a name a school that might be able to accommodate their child. During our first year, when Villa’s name came up, I generally would proceed with some caution. At the time, I wasn’t sure about Villa’s educational model. I also wasn’t sure if Villa had a clear view of who their student was.

Over the years, I’ve had occasion to speak to many community members about Villa Maria. Most experiences that families shared with me were broadly negative. A lot of those families shared experiences that described a school that was a less than a perfect fit for their child, but that accepted them anyway. This can be a good thing – oftentimes there isn’t a perfect fit for a particular student. Other families enrolled their students under the condition that they hire out of their own private paraprofessional to support their child.

The Villa Maria that exists today is testament to the importance of leadership. In Dr. Marjorie Castro, Villa Maria’s interim head of school, and William deHaven, head of school since 2020, Villa Maria identified two educators and leaders who have put the school on the path to a solid and successful future. Bill DeHaven comes to Villa Maria after over 20 years at Winston Preparatory School in New York City, the last 13 as its Head of School. Those of us familiar with Bill from his time at Winston did a little bounce of excitement when he was appointed to the position. Villa was a desperately needed educational resource in lower Fairfield County, but also one in which some investment was clearly necessary. We were also pleased to see Dr. Marjorie Castro take a seat on Villa’s board of directors, from which point she is well positioned to continue to offer guidance and support to Bill and the rest of the Villa Maria leadership team.

Villa Maria’s bucolic campus tucked away in a peaceful corner of Stamford, Connecticut belies the change afoot at the school. Established in 1962 by the Bernadine Franciscan Sisters, Villa Maria School has operated since 1973 as a full time school for children with learning disabilities, and since 1980 as a Connecticut Department of Education approved private special education program (APSEP). Today, the school’s 4:1 teacher-student ratio in the classrooms are a legacy of the Franciscan Sisters, whose old, single-dormitory style bedrooms have been combined to serve the educational needs of Villa’s students. Religious imagery, prevalent in my first visit to the school some thirteen years ago, has been largely replaced by student artwork and photographs. This change, minor as it may seem, puts the focus squarely back where it belongs – on Villa Maria’s students. During my visit, students ambled outside on breaks to take advantage of the unseasonable December weather, climbing trees, playing games, and generally just being kids.

The transition that began under Dr. Marjorie Castro’s leadership has continued with Bill and his vision for Villa Maria. When Bill was announced as incoming head of school for Villa Maria, I was excited and hopeful for what his leadership could mean for Villa Maria and for the special education community in Fairfield County, Connecticut. I also wondered why he had chosen to make the move to Villa from his well-established position as head of school at one of New York City’s preeminent special education schools.

Bill DeHaven is currently the Head of School at Villa Maria in Stamford, CT. Prior to joining Villa Maria School, Bill spent 22 years at Winston Preparatory School in New York, serving as Winston’s Head of School (2007- 2020) and Assistant Head of School (1998-2007). Bill graduated from Emory University with an undergraduate degree in Biology and Teachers College, Columbia University with a Masters in Learning Disabilities. He spent two years serving as a Peace Corps volunteer in Mali and five years as a special education teacher in the New York City public schools.

I’m still not sure I know the answer to why Bill DeHaven chose to accept the Head of School role at Villa Maria, besides the commute to his home in lower Fairfield County. However, when I received his bio in late summer 2021, I had the first inklings of a clue. It’s always interesting to me what people choose to include in their public biographies, because essentially a biography is a distillation of what someone wants you to know about their life and experience. Bill’s bio is brief, and succinct. I’ve seen many much longer bios from much less experienced educators. At the end, it states “He spent two years serving as a Peace Corps volunteer in Mali and five years as a special education teacher in the New York City public schools.”

This piece is the eighth in our series "Special Education... 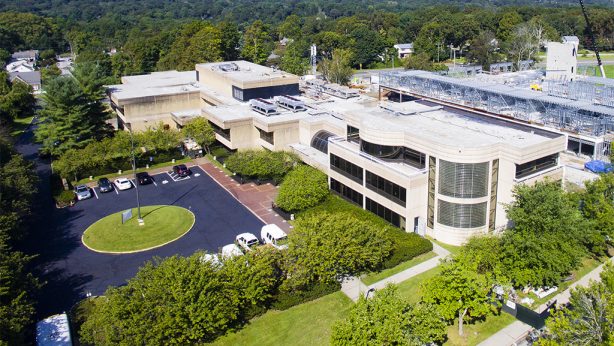 The Spire School: A Therapeutic School for College-Bound Students